Abandoned cart in Shopify with Zapier

Zapier is an application to automate processes between different applications, and thanks to our integration, you can know and save which customers have left their abandoned cart in your Shopify store, and then notify them through an email marketing campaign. On this platform, Shopify has several triggers (or triggers) to include in your Zaps (automations). One of them is the New Abandoned Cart trigger, which allows you to know the data of a customer who has not finished the purchase process.

And how can I send campaigns to these subscribers?

For example, you could set up a Zap with two main steps, the first would be a New Abandoned Carttrigger, while the second step would be the action of adding or updating a subscriber in Acumbamail (Add/Update Subscriber),this way, you can send campaigns to these lagging customers.

When setting up the Zap, it is important to know what relevant data exists, and what we want to do, to store that data and then be able to segment and send an email campaign. The trigger of new abandoned cart offers us many attributes such as the identifier of the cart, the elements that make up the cart, and more general data, such as the country of origin of the client or the time at which it was abandoned. Then we can add to our lists, but before you can see an example of response in the following image. 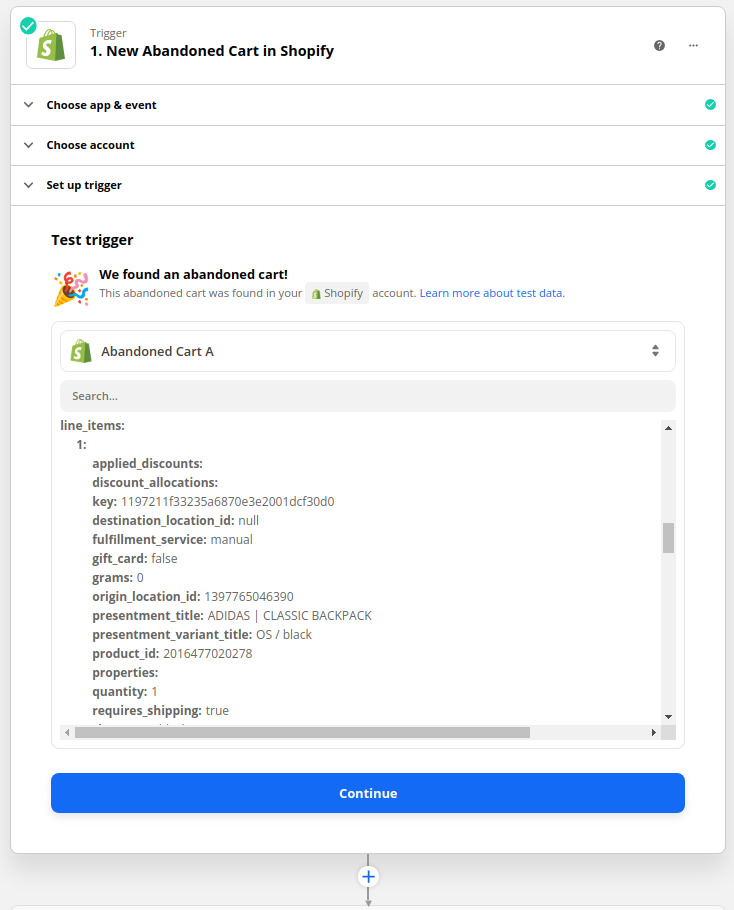 (To see all the available attributes, you can visit the official documentation for the new abandoned cart in the Shopify API.)

After this, the fields obtained can be formatted by one of Zapier's actions (In this case, the date of creation of the abandoned cart is formatted). 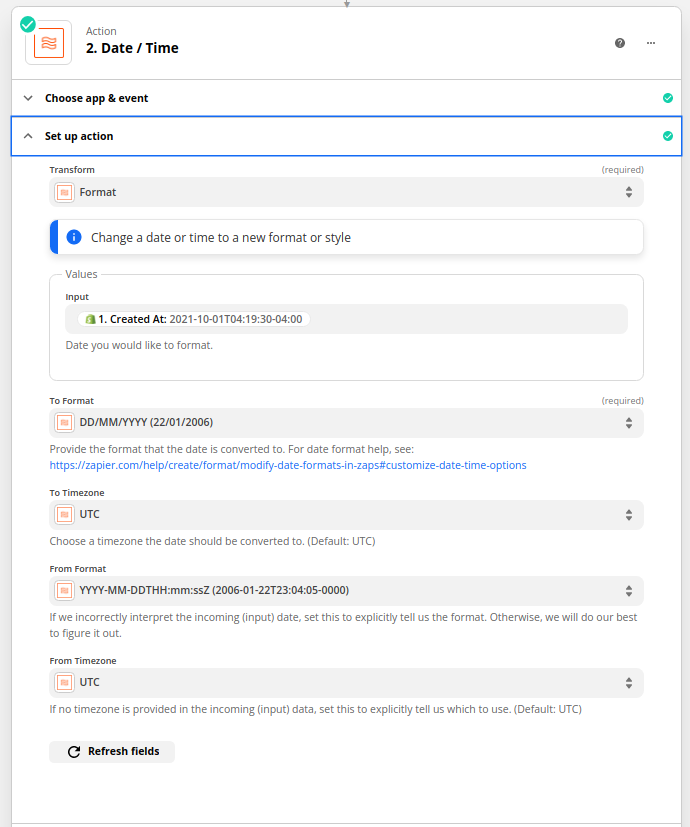 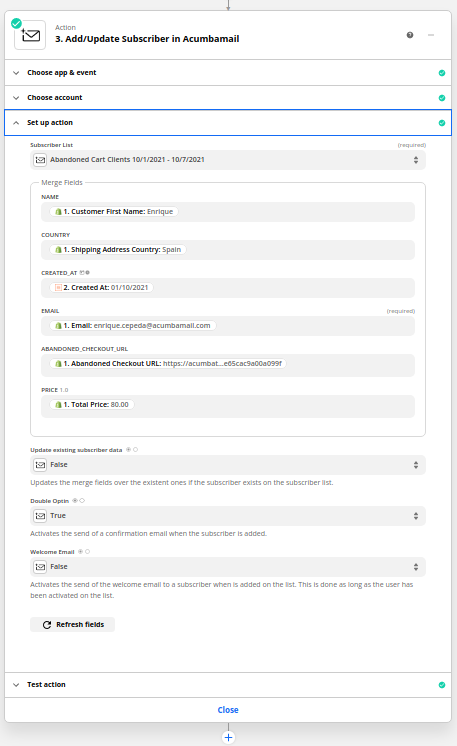 This way you can add your subscribers to remind them to complete the purchase. 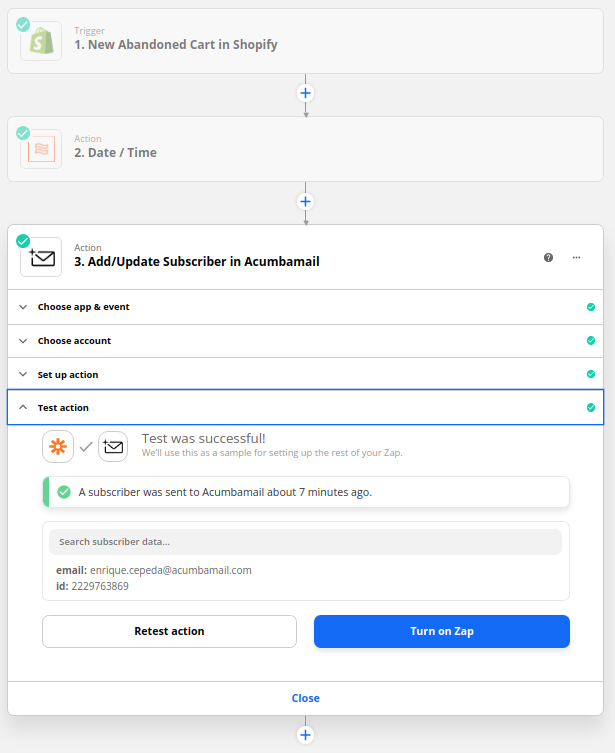 In addition to this example, you can use the rest of the actions and triggers to automate your marketing flows. Develop your creativity with Acumbamail and make the most of your time!